Scientists from a wide range of disciplines from Leibniz Association institutions are launching an initiative for "Integrated Earth System Research". Together with partners from Germany, Europe and other countries, they will investigate the current epoch of the Earth’s history, which is strongly influenced by humans, in a coordinated and interdisciplinary way as never before. The findings will point out both high-risk and safe development paths for politics, business and civil society.

What are the impacts of the rapidly increasing human influences on the Earth system, and in turn how do they affect people? How can unforeseeable risks be prevented and at the same time enable wellbeing, economic prosperity and justice? Humanity’s interference with the Earth system, which has evolved over millions of years, is increasing rapidly – and with it the open questions regarding its impacts on Earth and humankind are growing. Not only is global warming continuing unabated with all its consequences. At the same time, biodiversity is declining worldwide, pollution of the oceans is spreading, water is becoming increasingly scarce in many places, and pollutants are accumulating in soils, the air and waters. As a result, politics, business and civil society are facing enormous challenges. Climate change mitigation and adaptation to unavoidable climate change alone already require considerable efforts across several policy and economic sectors. How to deal with the even more extensive environmental problems of the Anthropocene – the current epoch of the Earth in which humans have gained a strong influence on the Earth system?

Scientists from numerous Leibniz institutions have now addressed this question at the virtual conference "Integrated Earth System Research – Challenges, Approaches and Impacts". In view of the enormous dimension of the problem, experts not only from climate, biodiversity and ocean research participated, but also from global economic research, spatial research and international peace and conflict research, among others. As a result of the two-day discussion, it became clear that so far there are hardly any adequate, integrative approaches to scientifically deal with such a complex phenomenon. It is true that there is extensive knowledge about individual processes of change. However, this knowledge is still insufficiently interconnected and usable. Thus, important prerequisites are missing to comprehensively explain the consequences of current trends to decision-makers and to illustrate alternative, sustainable future paths of humankind on and with our fragile planet Earth. According to available projections, the upcoming decisions are of importance for the history of civilisation.

Against this background, the participants of the conference have launched an initiative for "Integrated Earth System Research". Together with partners from Germany, Europe and other countries, they will investigate the Anthropocene in an unprecedented coordinated and interdisciplinary manner. An important goal is to also develop solutions in the course of research with actors from politics, business and civil society.

"With this initiative, we are bringing together global model simulations from very different disciplines and placing them in the context of concrete societal needs and possibilities for action for the first time," says Jochen Schanze, the conference chair. "At the moment, our research mission may seem like a vision of a moon landing in the 1960s. However, all participants agree that the scale and speed of Earth system change urgently requires such an initiative."

In the coming months, a research platform will therefore be established step by step. The Leibniz institutions see themselves as initiators, while the platform will be open to all interested scientists. For an initial pooling of resources, numerous Leibniz institutions have already joined forces to form the Leibniz Research Network “Integrated Earth System Research”. The expertise of this network ranges from the observation and modelling of Earth system processes to economics, political and social sciences. The research museums, which are also involved, play an important role in communicating the results in addition to their scientific work.

Central questions of future research will be: What complex interactions determine the Earth system? What are the consequences of human activities, and what are the risks associated with them in different places on Earth? How can the growing world population be served for equitably within planetary environmental boundaries? What innovations are particularly effective for this purpose? What societal capacities are needed to realise them, and how can they be activated across different spatial scales?

Leibniz Research Network “Integrated Earth System Research”
Leibniz institutes, centres and research museums from various disciplines have joined forces to form the Leibniz Research Network “Integrated Earth System Research” (iESR). The network sets itself the task of gaining action-relevant knowledge for society about people in the Earth system. Above all, the planetary boundaries of the Earth system are to be determined and sustainable development paths derived from them. To this end, the network develops innovative principles of integrated Earth system research.

Leibniz research networks are dedicated to a special focus topic or a key technology. The aim is to bundle, exchange and further develop the professional and methodological-technical competencies of the participating Leibniz institutions and to make them visible to the outside world. Leibniz Research Networks are established by the Leibniz Presidium on the basis of proposals from the Leibniz Association.

The Leibniz Association
The Leibniz Association connects 96 independent research institutions that range in focus from natural, engineering and environmental sciences to economics, spatial and social sciences and the humanities. Leibniz Institutes address issues of social, economic and ecological relevance. They conduct basic and applied research, including in the interdisciplinary Leibniz Research Alliances, maintain scientific infrastructure, and provide research-based services. The Leibniz Association identifies focus areas for knowledge transfer, particularly with the Leibniz research museums. It advises and informs policymakers, science, industry and the general public.

Leibniz institutions collaborate intensively with universities – including in the form of Leibniz ScienceCampi – as well as with industry and other partners at home and abroad. They are subject to a transparent, independent evaluation procedure. Because of their importance for the country as a whole, the Leibniz Association Institutes are funded jointly by Germany’s central and regional governments. The Leibniz Institutes employ around 21,000 people, including almost 12,000 researchers. The financial volume amounts to 2 billion euros. 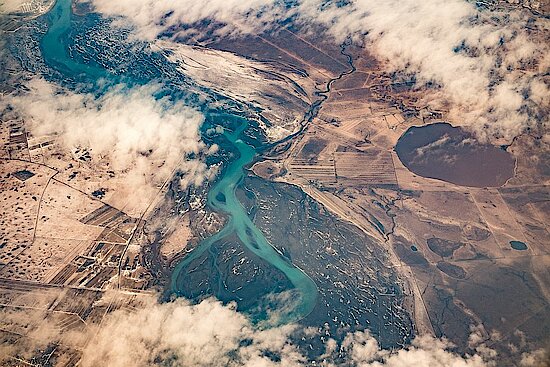